You are here: Home1 / NEXUS Community News2 / NTN – SNR was awarded the grand prize «Innovative Supplier of the ... 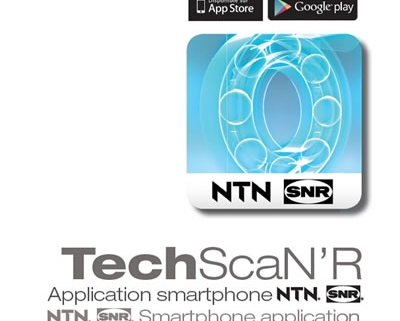 During the Nexus Business Forum 2016 in Montreux, NTN – SNR has been awarded the prize “Innovative supplier of the year ‘ for the Services part. Nexus automotive International, one of the largest international networks of distributors, awarded NTN – SNR for its Smartphone TechScaN’R application, introduced in 2015 on the automotive aftermarket.

This award was presented to Eric Malavasi, Vice President NTN – SNR, in charge of Automobile Aftermarket, Christophe Idelon, Director of sales and Christophe Espine, Director of Marketing and Communication, during the plenary session in front of 300 guests, members, suppliers and members of the Nexus team. The decision by the board of Nexus International as a whole, underlines the innovative side of NTN – SNR

This smartphone TechScaN’R application allows very easy access to all the technical information NTN – SNR by recognition of the reference on the label of the box, on a catalogue or any other medium.

Another striking feature: the ability to see some references in augmented reality, technology allowing to “play” with the image of the “floating” piece above its box or the catalog, especially for references which identification requires exhibit several angles

Developed in partnership with the company Visuelys, this application is part of the deployment of NTN – SNR service offering, and is available for download on AppStore and Google Play