You are here: Home1 / NEXUS News2 / NEXUS TO ENHANCE SUPPLIER RELATIONSHIPS WITH AN EXTENDED ‘THINK GLOBAL, A... 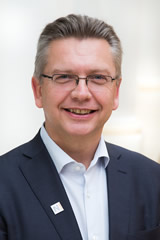 NEXUS Automotive International is to open strategically located supplier management hubs in some of the world’s most important markets, in line with its philosophy to ‘Think Global, Act Local’.

The first two hubs will cover Germany and the United States, and will be operational by 1st November. The third will be in Tokyo, Japan, opening some time in 2020.

The decentralisation of its relationship with suppliers echoes the successful approach adopted for members, under which N! Members are part of the global alliance but act locally with support from N! Business Developers

A local structure, N! Automotive Germany, is being set up along with a supplier management office in Heidelberg. The hub will be the responsibility of Robert Kirr, who has 16 years’ experience in the automotive aftermarket sector, among which at leading German distributor Trost.

Philippe Guyot, N! Executive Director with overall responsibility for supplier relationships, said the ‘Think Global, Act Local’ approach had been a major reason why NEXUS now has 148 members in 134 countries.

He said: “It makes absolute sense to duplicate that success for suppliers, by moving from a central approach to a decentralised one through which we are setting up three hubs for local supplier management under the NEXUS Geneva umbrella.”

The hub serving the United States will be based in Chicago. It will be managed by Fernando Passos, currently Business Development Director for the Latin American region. Fernando has a distinguished automotive background, including 13 years with Valeo, latterly as General Manager for South America.

NEXUS CEO Gael Escribe said: “This is an important step forward that brings us even closer to our supplier base. We will be even better positioned to help them and our members to grow their businesses.

“It’s a big demonstration of our commitment ‘Wherever you run your aftermarket business in the world, NEXUS is there to support you.’”

8 weeks left to win a Honda Fireblade or other fantastic prizes in Yuasa’s...

HELLA is providing e.GO Life with lighting and electronics products
Scroll to top