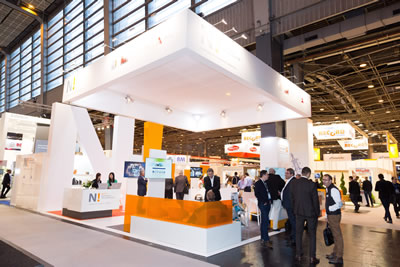 The first direct participation in a major trade show by NEXUS Automotive International (N!) has been hailed a success.

NEXUS’s stand at Equip Auto in Paris (17th to 21st October) proved highly popular with visitors who showed a keen interest in the progressive community and the aftermarket concepts it was demonstrating.

Around 100,000 automotive professionals attended the exhibition, which took place from 17th to 21st October at the Paris Porte de Versailles and featured more than 1,200 exhibitors.

NEXUS CEO Gael Escribe said: “It was all we hoped for from our first show; five intense days of business during which we showcased the benefits and strengths of the N! Community in a changing aftermarket.”

Sharing the stand with NEXUS were three of France’s leading autoparts distributors, ID Rechange, Aniel and Apprau, all members of N!

Gael added: “It was a real pleasure to be at Equip Auto with our French partners, it underlines the close relationship we have with our members and they with us. We were equally delighted to welcome that many international presence of N! members, coming primarily from the European and the African continents, who visited our booth. As well we are enthusiastic about all the interaction we had with many leaders of the N! suppliers”.

NEXUS’s presence at the show ended in spectacular style with ID Rechange staging an impressive and eye-catching NEXUSAUTO workshop for visitors, demonstrating the garage concept that it has introduced into 80 workshops in France.

Sales advance 8% in the third quarter of 2017 to 4.3 billion euros
Scroll to top