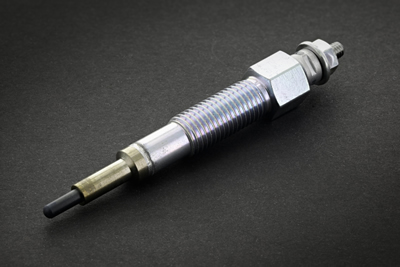 NGK Spark Plug Europe, the word’s leading manufacturer of glow plugs, has launched a new glow plug for Aftermarket distributors and independent workshops. The CZ262 is a New High Temperature Ceramic glow plug (NHTC). It is equivalent to the CZ27, which NGK supplies for Mazda’s OES business. It is Mazda’s plug of choice when it comes to servicing the company’s B2500 pick-up truck.

However, given the age of the engine and the fact that the glow plugs installed in it around the turn of the century were discontinued, Mazda was looking for a new glow plug for OES.

The car manufacturer chose NGK Spark Plug’s CZ27, a New High Temperature Ceramic (NHTC) glow plug with a fully ceramic heating element. The plug reaches its operating temperature of approximately 1,000 °C in less than two seconds and enables constant afterglowing temperatures of around 1,350 °C. These extraordinary glowing characteristics make it the perfect upgrade and get the best out of the 18-year-old engines, as they allow combustion temperatures to be optimized and minimize the output of noxious pollutants and particulate emissions.

For the Aftermarket, NGK Spark Plug Europe has now launched the CZ262 (NGK stock no.90919), which replaces the manufacturer numbers WLY818601, WLE718601 and WLE818601. It is identical to the CZ27 and enables independent workshops to get on equal footing with contracted workshops for car servicing. All vehicle applications and further details can be looked up in the electronic catalogues.

The FAQ on PTFE