You are here: Home1 / NEXUS Community News2 / HELLA SHOWED THE FUTURE OF MOBILITY AT THE NAIAS IN DETROIT 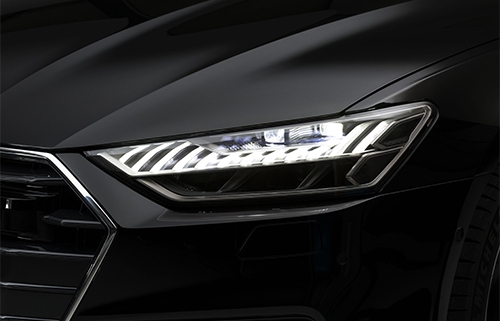 Lighting and electronics specialist HELLA presented safe and intelligent mobility solutions at the North American International Auto Show (NAIAS) in Detroit, the largest motor show in the USA. As part of the special AutoMobili-D exhibition and at the joint stand with the HBPO joint venture, HELLA showed products that make driving even safer, more environmentally friendly and more comfortable.

“Innovations from HELLA contribute significantly to the digitalization of mobility and support major automotive market trends such as autonomous driving and electric mobility,” said Steve Lietaert, Managing Director of HELLA Corporate Center USA. “We look forward to presenting our solutions at the fair and entering into an intensive dialogue with the visitors.”

At the joint stand with HBPO, HELLA showed organic light-emitting diodes (OLEDs) integrated into the combination rearlight of the new Audi A8. A total of eight OLEDs are used here. Each is divided into four segments, each of which can be individually controlled to create different animations for Coming Home and Leaving Home scenarios. The other lighting technologies used in the Audi A8 will also be presented, including the dynamic HD Matrix LED headlamps with laser high beam and the Matrix LED reading lamps.

The exhibition stand also focused on security-relevant technologies in the field of remote keys. Automobile manufacturers and vehicle owners are confronted with the growing problem of theft and burglary caused by so-called relay station attacks, i.e. unauthorized bridging of the radio key signal. Hackers can use the weak points of keys to gain access to a vehicle and unlock doors, for example. HELLA’s security solution protects keys from such attacks by putting them into “sleep mode” when they are no longer in motion. The keys then no longer send signals, preventing a relay station attack.

HELLA also showed other innovations in the atrium of the AutoMobili-D exhibition. These include, for example, the Structural Health and Knock Emission (SHAKE) sensor. The technology enables the vehicle not only to “see” its surroundings (camera systems, radar systems) but also to “feel” them, thus covering the invisible area between all driver assistance systems in the immediate vicinity of the vehicle.

As could be seen at the fair, this technology can also be used for damage detection. In this way, the extent of damage and the time and place of the incident can be identified using SHAKE, recorded and reported to the vehicle owner or fleet provider. The SHAKE sensors can not only detect damage, but also analyze the road condition. If the sensor is positioned in the wheel housing, it can precisely measure the amount of fluid on roads, for example. This information can be made available to the driver or equivalent systems to manage dangerous conditions such as aquaplaning and prevent accidents.

HELLA also presented the fourth generation of 24 GHz radar sensors, which offer a larger field of view, resulting in significantly improved detection capabilities. Narrowband technology provides advanced safety features such as blind spot detection, lane change assistant and rear cross traffic warnings. Both the radar sensors and the SHAKE sensor are integrated into a Cadillac CT6 2019 that can be seen at the exhibition stand. Other HELLA technologies are also included as standard in the vehicle, including the accelerator pedal, the intelligent battery sensor, the rainlight sensor and the car body lighting.

With the further development of 77GHz radar technology, HELLA also demonstrated its high level of expertise in the field of radar sensor technology at the trade fair.