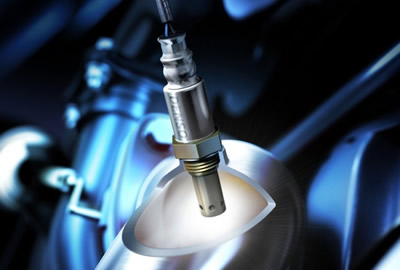 Oxygen sensor functions are essential in ensuring the performance of modern car engines. Not only can they ensure that a car engine produces less emissions, but ensure that the vehicle is using its fuel efficiently.

This means that the deployment of advanced oxygen sensor functions brings benefits for both the manufacturer and the car owner; making the car greener, more fuel-efficient and even more reliable under a wider range of applications and circumstances. This article will examine how these advanced oxygen sensors work and how this enables modern car engines to perform more effectively.

Within modern vehicles, several emissions controls have been placed within car engines to ensure that their exhaust gases stay within set limits. One of these controls is a 3-way catalyst converter, which purifies exhaust fumes.

By not only detecting whether exhaust gases contain oxygen, but at what concentration, the ECU can protect the catalyst converter from over- or under-exposure of oxygen or hydrocarbons. This control ensures that the engine runs efficiently, whatever the air-fuel mixture composition, preventing high levels of emissions and catalyst converter damage.

As an engine ages, its cylinders can start to perform differently. With cylinder imbalance detection, the sensors can monitor these changes in performance and prompt the ECU to take action.

Firstly, these sensors (which are highly accurate and fast responding) will detect the individual exhaust pulses passing by and alert the ECU to any changes. The ECU can then relate each pulse to each individual cylinder and check the measurements by forcing a special signal, for example, forcing a misfire by not igniting one of the cylinders.

When an irregular signal is detected, the ECU can then compensate for that cylinder’s lack of performance, correcting the problem without placing strain on the remaining cylinders. This means that performance is maintained without impacting upon the engine.

In addition, the ECU can use the information from these irregular signals to report any abnormal individual cylinder deviations to the Onboard Diagnostic System (OBD). These are then translated as Diagnostic Trouble Codes (DTCs), which enable mechanics to find root causes and repair the engine quickly and more effectively.

As more pressures have been placed on car manufacturers to reduce their exhaust emissions, after-treatment systems have been introduced. These systems include exhaust gas recirculation, nitrogen oxide catalyst converters and diesel particulate filters (DPFs), all of which are designed to reduce the emissions in the exhaust fumes that are produced.

Oxygen sensors are used alongside pressure and temperature sensors to monitor the conditions in which these systems operate. They measure the oxygen concentration and therefore enable the ECU to judge if the conditions are within the appropriate operating specifications of the particular systems, e.g. the regeneration process of DPFs requires high oxygen concentrations and high temperatures. Oxygen sensors not only ensure that these systems can function but are fundamental to preventing potentially very expensive damage.

These systems are included mostly in modern diesel-powered vehicles, with one or more system being supported by one or more oxygen sensor. However, new DENSO OE projects already take advantage of the latest sensors, facilitating these advanced functions in petrol powered engine and bringing these vehicles in-line with emissions regulations.

As a key element of the EMS, these sensors enable vehicles to have greater control over their emissions output, without affecting engine performance. In fact, the self-diagnosing capabilities of the vehicle improve noticeably, meaning that engine performance also improved. Therefore, by enabling quantitative control and real-time insight into engine performance, advanced oxygen sensor functions, alongside other parts of the powertrain, such as the ECU or after-treatment systems, enable both manufacturers and drivers to benefit from a better engine performance.

Find out more about DENSO oxygen sensors and discover the DENSO difference.