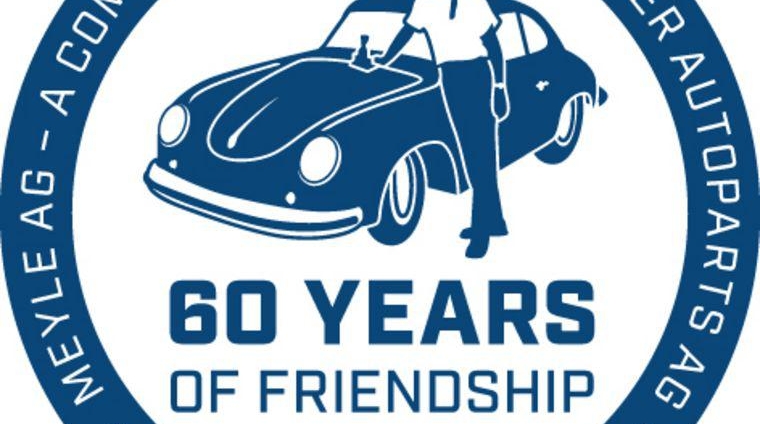 In line with the motto, ‘60 years of friendship’, Wulf Gaertner Autoparts AG, holding company of the Hamburg-based spare parts manufacturer MEYLE AG, is celebrating its 60th anniversary on 11 July 2018. Since it was founded by Wulf Gaertner in 1958, the company has always set great store by acting responsibly towards its employees, customers and business partners and establishing long-standing customer relationships. Under the MEYLE brand, high-quality spare parts are developed for the independent aftermarket, often manufactured at in-house production sites and marketed in more than 120 countries.

‘An open culture, practising our values on a daily basis and high quality standards have made us what we are today: one of the leading suppliers in the independent aftermarket,’ says Dr Karl J. Gaertner, Chairman of the MEYLE Executive Board. It all began in South America, where company founder Wulf Gaertner lived as an enthusiastic amateur racing driver in the 1950s and experienced first-hand how difficult it can be to find top-grade automotive spare parts. Even back then, Wulf Gaertner recognised the high demand for automotive spare parts made in Germany and founded, on 11 July 1958, the export business Wulf Gaertner Autoparts. ‘A lot has happened over the past 60 years and we’re extremely proud of our ongoing, positive development. That’s because the values that my uncle Wulf Gaertner established at the company are still present to this day. His credo – ‘The friendship of those we serve is the foundation of our success’ – formed the basis for our daily activities and long-lasting partnerships. And that’s something you can still feel in all areas.’

In the early years, the company specialised in the export of original spare parts for German vehicles to the US and Latin America. The distribution network was

continuously expanded in the years that followed and the acquisition of the MEYLE spare parts brand in 1995 marked the beginning of the company’s transition from exporter to brand manufacturer of high-quality automotive spare parts. Steady growth has also led to in-house production sites which manufacture chassis, steering and rubber-to-metal parts. Subsidiaries all over the world, including in France, Spain, the UK and China, reinforce the international sales activities and ensure that the MEYLE brand is available in more than 120 countries around the world.

The company’s headquarters and logistics centre have always been located in the Hanseatic city of Hamburg. ‘To further consolidate the MEYLE brand, MEYLE AG was founded in early 2017, providing our company with a uniform image both internally and externally and expressing the fact that we are MEYLE,’ says André Sobottka, member of the MEYLE AG Executive Board. ‘The slogan, “DRIVER’S BEST FRIEND”, clearly expresses our standards and our aim: supplying workshops and amateur mechanics with reliable parts and solutions – reliable much like a friend you can count on.’ The company also underlines these high quality standards with the MEYLE-HD product range, for which the company supplies a 4-year guarantee: the company first introduced technically enhanced MEYLE-HD automotive spare parts in 2002, which were developed and produced to provide greater stability and durability than the parts developed by OEMs and vehicle manufacturers. There are now over 1,000 re-engineered and technically enhanced parts. The 4-year guarantee is unique in the independent aftermarket.

Open corporate culture for motivation and growth
‘Growth wouldn’t be possible without the high motivation and dedication of our employees. As a family-owned company, we’ve always embraced a corporate culture based on good internal communication in which flat hierarchies, systematic incentives to encourage initiative, and scope for innovative solutions take priority. These are values that will stand the test of time,’ says Marita Schwartze, member of the MEYLE AG Executive Board. ‘We’re proud of our employees and what they accomplish every day,’ she adds. For the sixth time in a row, the company was named one of the best German medium-sized employers this year and presented with the TOP JOB employer seal – another good reason to celebrate on the occasion of the company’s 60th anniversary. But the company is doing more than just honouring the employees, customers and partners with the anniversary: the manufacturer based in Hamburg is also assuming its social responsibility by supporting social institutions in Germany and Latin America as well as vocational schools and universities. The plan is also to further expand this collaboration with social institutions in the future in order to promote partnership support as a role model.